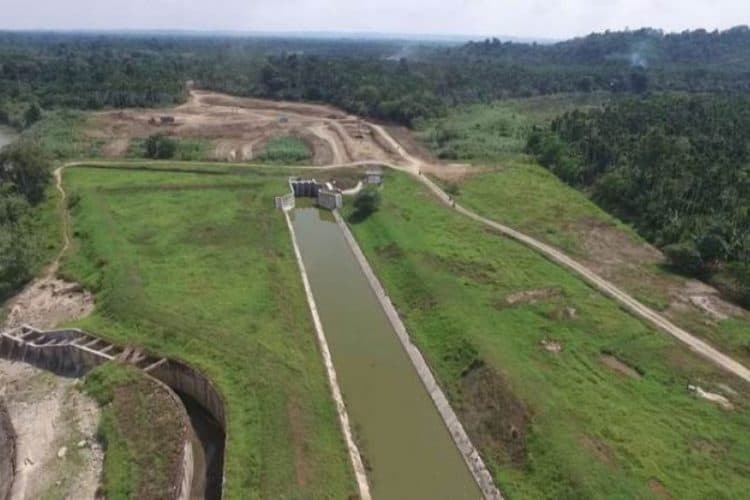 PUPR Minister Basuki Hadimuljono said, the PUPR Ministry had built many dams in various regions. Next will be followed by the development and management of irrigation networks to support the productivity of agricultural centers.

“The construction of dams is followed by the construction of the irrigation network. Thus the dam that is built at a high cost can provide tangible benefits where the water will flow to the rice fields owned by farmers, “said Minister Basuki in Jakarta on Friday (31/7).

In order to support food and water security nationally, the Ministry of Public Works and Public Housing (PUPR) is targeting the construction of 500,000 hectares of irrigation and rehabilitating 2.5 million hectares of irrigation networks from 2020 to 2024. This target is to support one of the targets of the National Medium-Term Development Plan (RPJMN) 2020-2024 namely increasing the quantity / availability of water to support economic growth.

Based on Presidential Regulation No. 56 of 2018 concerning amendments to Presidential Regulation No. 58 of 2017 concerning the Acceleration of the Implementation of the National Strategic Project (PSN), listed seven irrigation PSNs that were carried out by the Ministry of PUPR. Two of the seven irrigation PSNs have been completed, namely the construction of an irrigation network in the Umpu Irrigation Area (DI) in Lampung Province in the form of a 6 km supply channel with a service area of 7,500 hectares and the Leuwigoong in the form of an primary irrigation channel of 86 km that irrigates a potential area of 5,313 hectare.